Humpback Whales continue to work their way into the inside waters between Vancouver Island and the Mainland. Of course, KC and his sister Arial have met up again this year putting on some fancy shows for many whale watching enthusiasts. Fully expect to see, or at least hear about their Mom, Houdini soon. She earned her name by her great appearing and disappearing acts over the many years of her visits to our coast with her calves.

Some, but not many, Orca have been spotted very briefly this report and although listed in our Unidentified Killer Whale category, we believe that these are most likely Transient Bigg's (meat eaters).

Pacific White Sided Dolphins and a few Dall's have been seen cavorting and foraging, but of note is another huge Superpod of Harbour Porpoise have been noted in our report. The likelihood of them being the same group as we had in West Vancouver would mean that they travelled a great distance in one day to be at Cape Mudge. Gatherings such as this is very rare for these small Cetaceans.

Celebrate World Oceans Week with us on June 10th ! Enjoy an evening of great food by David Bowes of Laughing Oyster, music by Devon Hanley, many items for our silent and live auctions including trip for 2 to Las Vegas, Pacific Coastal flight and so much more at Dwight Hall in Powell River. Get your tickets at Hindle's Gifts and Taws Cycle and Sports or at our information table at Town Center Mall June 1st. Or give us a call to reserve your table!

Real Time Monitoring Station Update:
The camera is mounted at Beach Gardens Marina and work continues on resolving some communications issues to reach the internet. A continued huge thank you to all the volunteers who have, and are, working on this first installation!

10:31 • 1 Humpback Whales foraging, heading south off Puget Bluff, Discovery Passage. Following back eddies. Was off North Bluff in about 10 minutes.

HARBOUR PORPOISE
Fri May 26 2017
16:49 • est. 100 Harbour Porpoise foraging, between Cape Mudge Red Can Buoy and Cape Mudge Green Can Buoy, Georgia Strait. Most I've seen at one time in my career.

14:43 • est. 50 Harbour Porpoise spread out, heading south off Whytecliff park in West Vancouver. Difficult to track as there were so many of them covering a large area and the porpoises were surfacing at different times. Appeared as though there was a forward grouping of 20 animals followed by a second group of about 30 animals. I was able to observe them for about 20 minutes. ▫ Observed from Shore

Read the Full Article Here
A gray whale found floating in Bellingham Bay last week was an older female that researchers say was not previously sighted in this region.

The whale, a 42-foot female estimated to be 35 years old, was found May 10 and slowly towed to a remote beach the same day by Fish and Wildlife officials. ...

Read the Full Article Here
Dolphins appear to be true masters of swimming—leaping, frolicking, and spinning. But as new research shows, dolphins aren’t quite so adept at a related skill: diving. Some dolphins can be stressed to the brink during deep dives, and in some cases, the consequences can be fatal.

Ever since the 1940s, and the early experiments of Per Scholander and Laurence Irving, scientists have assumed ...

Killer Whales Attacked a Blue Whale—Here's the Surprising Reason Why
National Geographic
Read the Full Article Here
In drone footage captured on May 18 in Monterey, California, a group of orcas is seen carrying out a coordinated attack on a blue whale.

Orcas, also known as killer whales, are known to prey on other marine mammals, including dolphins and seals. But even these fearsome predators don't stand much of a chance against a mature blue whale: The largest animal on the planet, an adult blue whale can reach up to a hundred feet long and weigh close to 200 tons.... Read the Full Article Here
Hundreds of thousands of marine mammals migrate through the gap between Russia and Alaska—and these aquatic commuters are increasingly under threat.

When I try to convey the immensity of the migratory marvel of marine mammals passing through the Bering Strait—a narrow body of water separating Alaska from the Russian Far East—I can’t help but remember my time in New York City.
Between 2012 and 2014, I frequently made the commute from Queens to the Bronx Zoo, where I was based at the Wildlife Conservation Society, via the New York City subway system. After 25 years of living in Alaska...

The Mystery of Off-The-Grid Whale Moms
The Atlantic 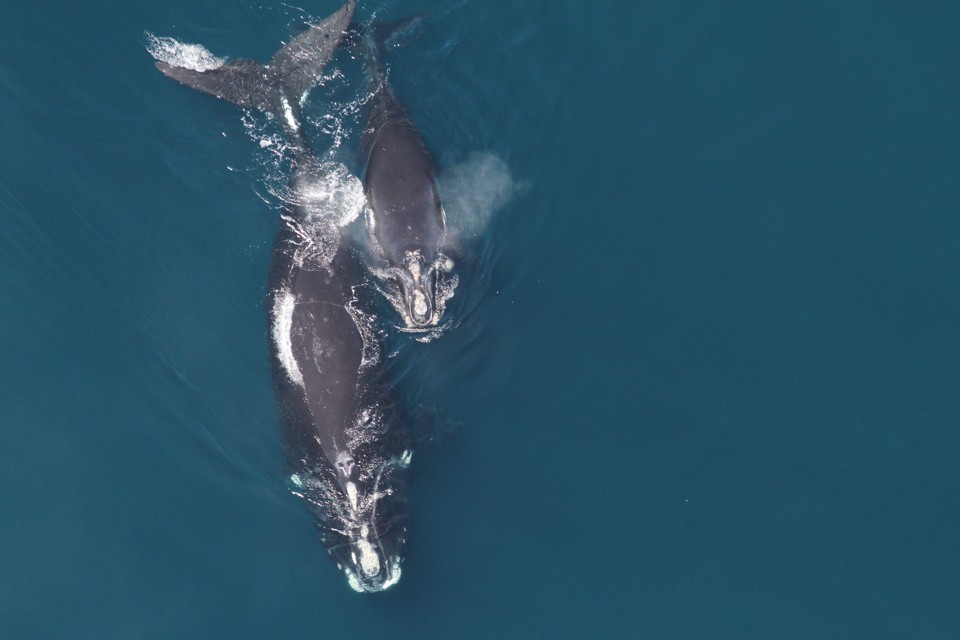 Read the Full Article Here
Some right whales disappear for years, only to reemerge in strange places with a baby.
Thick fog sat over Cape Cod Bay the morning of April 20, so the survey boat had to work by sound. Every so often, the researchers aboard cut their engine and listened for deep blows to track down surfacing right whales. By mid-afternoon, the fog had lifted, and Marilyn Marx could clearly see markings on one nearby whale that made her excited. “Big white scar!” she called down to the others from the boat’s tower. “Could be 1412!”

Just then, a baby whale popped up next to the massive female. The group on the boat let out a unanimous whoop.

Marx, a scientist at the New England Aquarium in Boston, and the others ...


What is upwelling?
NOAA

Read the Full Article Here
Winds blowing across the ocean surface push water away. Water then rises up from beneath the surface to replace the water that was pushed away. This process is known as “upwelling.”

Upwelling occurs in the open ocean and along coastlines. The reverse process, called “downwelling,” also occurs when wind causes surface water to build up along a coastline and the surface water eventually sinks... 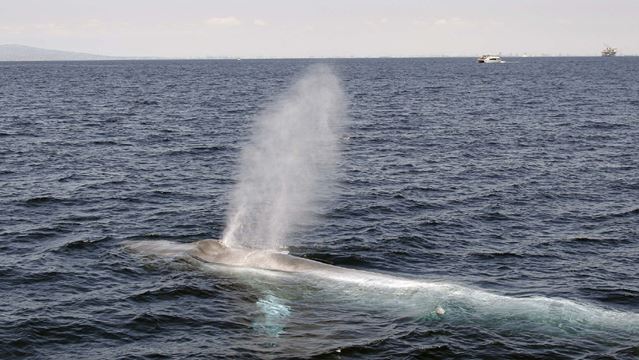 Read the Full Article Here
You have the privilege of sharing the planet with the largest animal that ever lived on Earth.

The great blue whale, which can be found in every ocean around the globe, is bigger than any dinosaur you've seen in a museum.

It can weigh as much as 24 elephants, and can grow up to two school buses in length.

Its jawbone is as big as a telephone pole, its heart is the size of an oil drum, and it can consume up to 2 tons of food in a single day.

"There's no way to describe how insignificant you feel when you are around an animal this big," said Ari Friedlaender, an ecologist at Oregon State University's Marine Mammal Institute.

But exactly when whales became the largest animals on the planet — and why — has been a mystery...

Whale Watching Down Under, in Aukland, NZ
Auckland Whale & Dolphin Safari
Read the Full Article Here
A group of whale watchers had a Monday they won't forget in a long time after a close encounter with a curious pod of orcas.
Auckland Whale & Dolphin Safari shared the video from Monday's excursion, writing that a female orca broke away from its pod to get "a good look at everybody".
The video shows the friendly orca getting almost close enough to touch the stern of the boat, much to the amazement of those on board.
"This is a wild animal just coming to say hi to you guys," a tour manger can be heard saying on loud speaker....